Qiling is an advanced binary emulation framework, with the following features:

Qiling is backed by Unicorn engine.

Or just saying shortly: this tool will allow you to run binary from one system to another, i.e you can run Windows PE on Mac.

Additionally you can also utilize its scripting ability to hook addresses, run only part of binary, etc. Check the references to view project’s GitHub page and others.

Let’s imagine that we have this simple task: 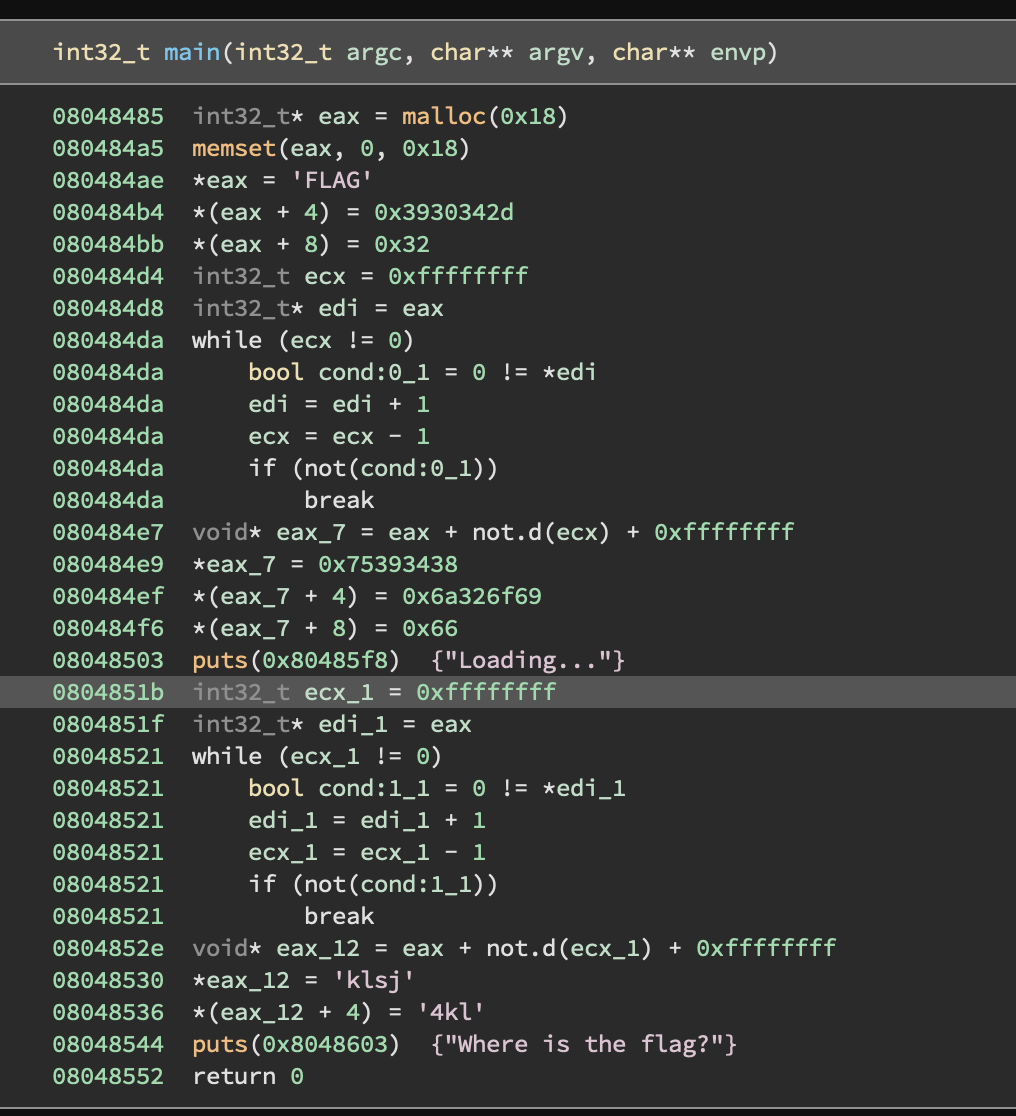 Obviously flag is generated from the stack strings with some on-the-fly operations, we can very easly capture the flag by setting couple of breakpoints in the debugger at addresses: 0x804852e and 0x804853d and check the contents of eax (notice that second part of the flag actually replaces the 1st part) or we can write simple script using Qiling:

In my case environment variable $QILING_ROOTFS points to $QILING_REPO_DIR/examples/rootfs, above mentioned is a linux x86 binary so we are selecting x86_linux:

We want to hook at specified addresses, so we can achieve that by calling hook_address(callback, address) I decided to reuse twice the same function, but you can create separate functions for that:

After everything is setup we can run the binary with ql.run().

Our hook method reads the value from eax register and saves it in global variable:

Notice that we are reading twice the same amount of bytes (ql.mem.read(addr_flag, 0x13)), so we need to truncate these array before printing it on the screen:

By default Qiling displays strace log, if you don’t want to see it or you want to see only logs from specific methods you can use filters (you need to change this variable before running the qiling):

Notice: the current version doesn’t have working properly filters, so you need to switch to dev branch.

Finally you can run it with python and see the flag:

Qiling is definitely great framework, very simple to use and very powerful. Definately worth to try :)